Journal guidelines vary greatly when it comes to the advice they provide about presenting data and referring to sources. In some cases separate sections containing detailed instructions about exactly how to lay out tables and figures and how to format citations and references will be provided, while in others authors will simply be advised to format tables and figures in ‘an appropriate’ manner and will be lucky to find two or three reference examples to follow. Tables and figures do seem to receive fairly good coverage in the guidelines of most scholarly journals, however, and generally you will be able to find some indication of the referencing style required. So read anything and everything you can find in the guidelines about these elements of your paper, pay careful attention to any models provided (both appropriate and inappropriate), consult any manuals or other style guides mentioned and take a close look at papers already published by the journal to see how references, tables and figures were successfully formatted. What you learn can be both followed and used to inspire your own designs when constructing your references, tables and figures.

5.1 Tables, Figures and Other Research Data: Guidelines and Good Practice

Once you’ve decided that your paper does require tables and/or figures, some basic practices and concerns found in the guidelines of many journals should be considered. For tables, for instance, ask yourself if you will you require lines or rules to separate the material – some journals ask that vertical lines be avoided, others that rules of all kinds be avoided, and a table may take more space on the page if you need to construct it without lines. For figures, there is the matter of using colour or not: some journals only print tables in monochrome (black and white) and include figures in colour solely online, while others will be happy to print your figures in colour, but they may charge a significant amount for it, so you’ll need to decide whether printing the figures in colour is worth the cost. For both tables and figures, consider the overall size of each item in terms of the printed page of the journal, and if your tables or figures will need to be reduced to such a degree that they may no longer be clear or legible, you may have to present the information in a different format or divide the information you’ve compiled in one table or figure into two or three tables or figures. Online publication is often the best route for large tables and figures, and colour rarely proves a problem with online publication.

Remember as you’re constructing your tables and figures that as a general rule each table and figure should be able to stand alone, whether it’s printed amidst the text of your paper or published separately online. For this reason, all abbreviations beyond the standard ones for common measures (cm, Hz, mph, N, SD, etc.) will need to be defined either in the table or figure itself or in close association with it, and this is the case even if you’ve already defined the abbreviations in your paper and in any preceding tables or figures. You can choose to write each term out in full within the body of the table or figure, or introduce and define the abbreviations in the heading or title of a table or in the caption or legend of a figure, or you can define any abbreviations used in a note at the bottom of the table or figure. This last approach is used for tables more often than for figures, and the abbreviations within a table are usually connected to the definitions in the note via superscript lowercase letters (but not always, so do check the journal guidelines). If you’re in any doubt about whether an abbreviation should be defined for your readers, it’s best to define it: such attention is a sign of conscientious documentation, and if the journal deems the definition unnecessary, it can always be removed.

Be sure that the terms you use in your tables and figures match those you use in the paper itself precisely, and that the abbreviations take the same forms in both the paper and the tables and figures. In fact, it’s essential to ensure that all the data presented in tables and figures are entirely consistent with data presented in the paper (and the abstract as well). This is to say that the format in which you present similar data in both places should be identical, and any overlapping data should be exactly the same in content as well as format in both places. Remember that data stand alone in a table or figure, so they need to be perfect and should be checked more than once by more than one pair of knowledgeable eyes. Even a simple error can not only render the information incorrect, it can also alter the overall appearance of the table or figure, and since an effective visual representation of information is precisely the goal of tables and figures, this can be disastrous. All numbers in a table or figure can be written as numerals and should be accurately formatted in keeping with English convention and/or journal guidelines (on the use of numbers in academic or scientific prose, see Section 4.4.1 above).

Journal guidelines should also be consulted to determine exactly how to place and submit your tables and figures in relation to your paper. Variations are myriad: when submitting to some journals you can simply place your tables and figures where you’d have them located in the published version; others will want all tables and figures added at the end of the document and only placement notes – e.g., ‘Insert Table 1 here’ and ‘Figure 3 about here’ – within the body of the paper. ‘Added at the end of the document’ can mean either before or after the reference list, and for some journals tables should precede figures, whereas for others it’s just the opposite. Sometimes guidelines will ask that tables be embedded in or tacked onto the end of the paper, but the figures submitted in separate files, with only the figure legends included in the paper, usually at the end. The point is to note and comply with whatever is required: it’s disappointing to discover that guidelines won’t let you use tables and figures quite as you’d hoped, but better that than writing the paper with the tables and figures you want only to have it rejected because of them or (in the best scenario) have to completely rewrite your paper with different, fewer or no tables at all. If a set number or style or size of tables and figures is absolutely central to your paper, then be sure to choose a journal that allows it.

However many or few tables and figures you use, be sure to label each one accurately and to refer to each of them in the body of your paper as you report and discuss your results. Virtually all journal guidelines specify this (and others expect it), and it’s also a simple courtesy to your reader that facilitates that reader’s understanding of your paper and your tables and figures in relation to it. Unnumbered or misnumbered figures and tables to which the reader is not accurately and precisely referred at an appropriate point in the text defeat their own purpose and negate some of the hard work that went into making them by leaving it to the reader to sort out the relationship between your text and your tables and figures. Tables and figures should also be referred to in numerical order, which means that they should be numbered according to the order in which they are mentioned in the text regardless of where they are actually placed in relation to the text. For clarity, they should also be referred to by number whenever mentioned, with the usual format being ‘Figure 1’ or ‘Table 2,’ unless, of course, the journal guidelines specify a different format (such as ‘Fig.1’), and whatever format used to refer to a table or figure should match that used in the heading or caption to label the table or figure itself. In the heading/caption for a table or figure, a full stop usually follows the number (Table 1. Demographic characteristics of study participants) unless there are instructions in the guidelines to the contrary (calling for a colon, for instance, after the number instead of a full stop). The title or heading of a table is generally placed above the table, whereas figure captions or legends often appear beneath figures, but guidelines (as well as style manuals) differ on this as well, so again, reading and following the guidelines of the specific journal is essential to success (see also Section 1.2 above).

Finally, if you are using in your figures any images for which the copyright belongs to someone other than yourself, you’ll need to acknowledge the source(s), usually in the relevant figure captions, and you’ll also need to obtain permissions to reproduce such images. Although all permissions need not be obtained until your paper is accepted for publication in a journal, it’s a good idea to indicate when you submit your paper which figures will require permissions and from which individuals and institutions those permissions will need to be requested, as well as noting any permissions that you’ve already obtained. Planning ahead when it comes to permissions can prevent delays and help speed up the publication process, but remember, too, that permissions to reproduce images from other publications can be costly and the expense is usually met by the author, so it’s a good idea to consider carefully whether reproducing images and other material that require permissions is really necessary and worth the cost.

PRS Tip: So much attention is paid to numerical data in tables and images in figures that the words appearing in tables and figures sometimes suffer neglect. If the words used in tables and figures do not effectively clarify and categorise the information presented, the reader’s understanding suffers as well. So when using words in a table or figure, it’s good to keep these basic practices in mind: This article is part of a book called Guide to Academic and Scientific Publication: How To Get Your Writing Published in Scholarly Journals. It provides practical advice on planning, preparing and submitting articles for publication in scholarly journals. Whether you are looking for information on designing an academic or scientific article, constructing a scholarly argument, targeting the right journal, following journal guidelines with precision, providing accurate and complete references, writing correct and elegant scholarly English, communicating with journal editors or revising your paper in light of that communication, you will find guidance, tips and examples in this manual. 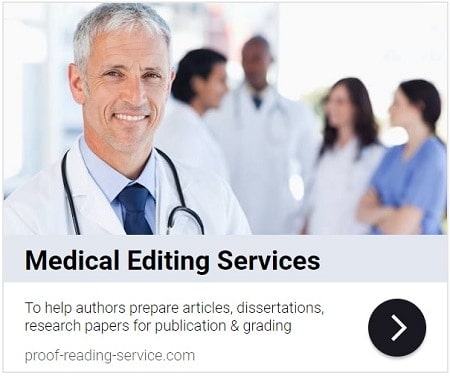 This book is focusing on sound scholarly principles and practices as well as the expectations and requirements of academic and scientific journals, this guide is suitable for use in a wide variety of disciplines, including Economics, Engineering, the Humanities, Law, Management, Mathematics, Medicine and the Social, Physical and Biological Sciences . Expert editing for all papers